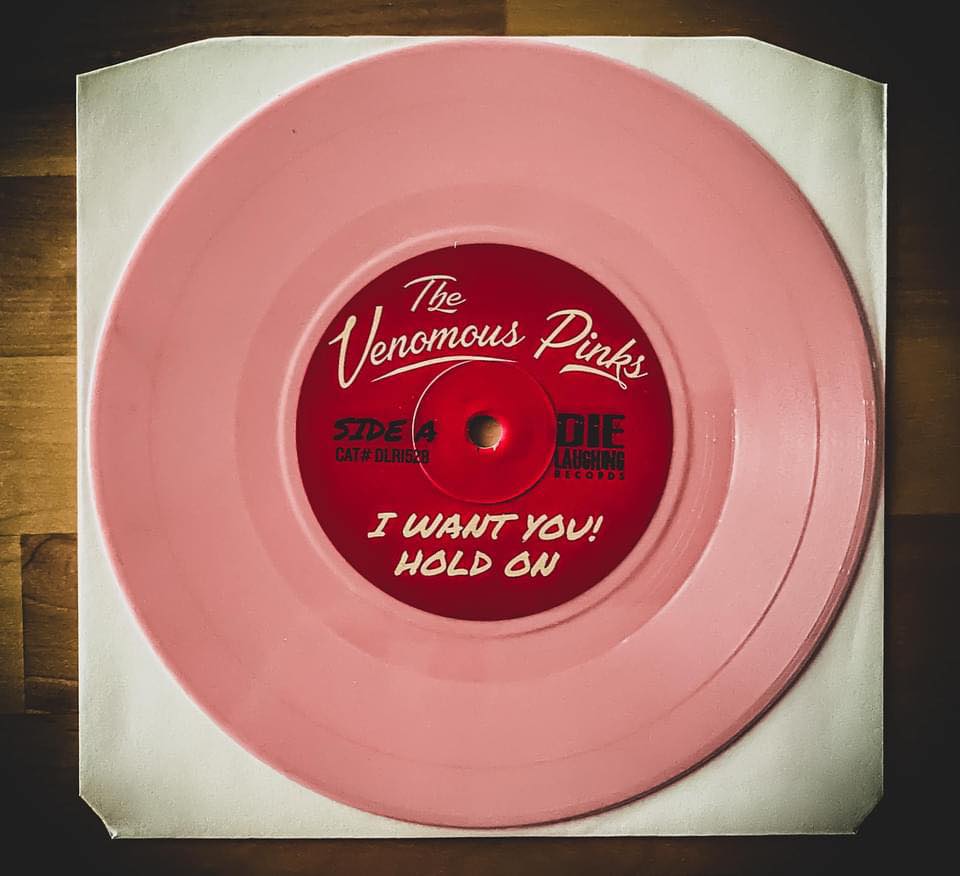 Hey guys, during our live stream we will be giving away a copy of our new EP, signed by the band and a snow white tshirt!

For Immediate Release: All girl punk rock and roll sensation from Tempe, Arizona, The Venomous Pinks will be releasing their second EP, “Exes & Whoas,” featuring Roger Miret from Agnostic Front on Friday, October 17th 2014. The album will be available for immediate download on iTunes or for purchase of hard copies at the CD release party at The Yucca Tap Room on Friday, October 17th. The Venomous Pinks “Exes & Whoas” CD Release show is sponsored by Phoenix Pabst Blue Ribbon and AZKaos.com, featuring specials guests Scorpion v Tarantula, Grave Danger, Des & The Cendents, Swapmeat, and Brimstone Way. DJ Gonzo and DJ Johnny Volume will also be spinning tunes and the Rumblers Car Club will be attending for a pre-event car show. Arrive early! The first 40 people will receive a free copy of the new EP.  No cover, doors at 7pm. 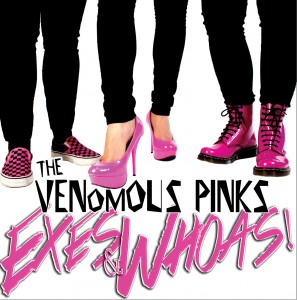 Happy New Year you filthy animals! 2013 is going to be the best year yet. We want to kick it off with an exciting change by welcoming Gaby Kaos to the band. Gaby Kaos is a former member of the band Look Out Look and also runs the DIY punk resource, AZKaos.com! We are very excited about her. She has been a breathe of fresh air. Gaby is an amazing guitarist and song writer and we look forward to her creative input on future material. We love her and know you will too! 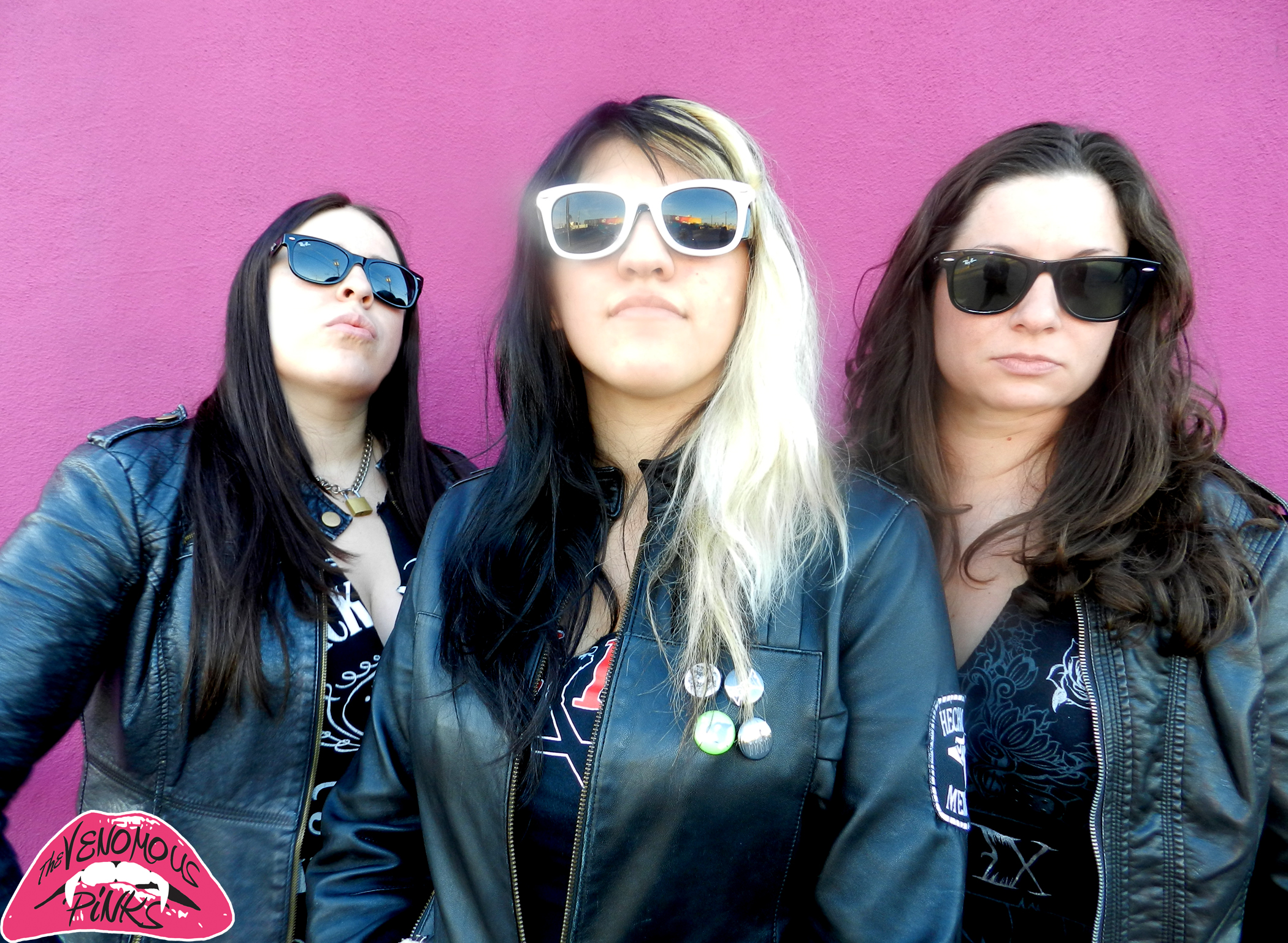 It’s with much sadness and great sense of loss that we say goodbye to our bass player and founding member Venomous Sue, who has decided to move on from The Venomous Pinks to pursue her own endeavors. We wish her well in her pursuits.  During her time with us we achieved much success as far as our songs being put in movies, playing with our rock icons Betty Blowtorch, and opening for Johnny Rottens PiL. It’ll be the end of an era, We will miss Sue and her creative input and wish her all the best.

Check it out! We got music for sale! Head over to our reverbnation store and help us out!!!

Catch us at our first show back from recording!

We have the honor of opening for rock legends, BETTY BLOWTORCH!! Don’t miss this show! September 21st at Hollywood Alley!!

MishMash Magazine presents Sight of Sound Vol. 01 with Phoenix’s own the Venomous Pinks. This trio of lady rockers have already earned themselves a name in the local scene for their raucous shows, and with a demo recently released and an album on the way they’re not slowing down anytime soon. Check them out at facebook.com/thevenomouspinks. ©www.MishMashMagazine.com.